iOS 12 is almost here — are you ready for the update? With pre-release access to the new operating system version in the Ozmo support platform, your customer support agents could begin preparing for the public launch now. Giving your support agents early access to new devices and operating system versions allows them to be ready with answers before your customers can even begin asking questions.

This update focuses on bug fixes and user experience improvements. Find out what’s new and what’s changed so that your agents can be ready to provide technical support on day one of launch.

Apple’s focus on upgrading performance with iOS 12 begins with the basics. Devices that support iOS 12 will be able to launch apps twice as fast under heavy workload. The keyboard display can function as much as 50% faster and users will be able to swipe to the camera as much as 70% faster after updating.

The Settings app now holds even more potential. Voice Memos and Stocks settings have been relocated to their own sections within the Settings app, and battery settings has expanded to allow users to look into their usage and battery health. Users can now view their on and off screen usage in detail long-term and over the last 24 hours. Battery usage is categorized by app and reveals the percentage of battery used and how much time was spent on each. With pre-release access to iOS 12, your agents will be able to familiarize themselves with these updates to Settings so that they can help customers learn how to manage their battery life over time.

Screen Time is a new feature in Settings that allows users to view phone usage. Users can look into how many times they picked up their phone, their notification count and their most used applications across all iOS devices logged in to the same Apple ID. Screen Time makes it possible for users to schedule Downtime and control time spent on devices or particular apps. During Downtime, restrictions can be set for content or privacy settings and users may only access selected apps or make phone calls. Parental controls can be established to monitor and limit childrens’ device usage. Parents can set rules for all devices or customize controls individually. The new feature tracks screen time for today and the last seven days for all devices on an Apple ID, and provides users with a weekly use summary. Screen Time also has a widget for quick access from the Notification Center. Customers are likely to have questions about how to set up parental controls on their kids’ devices or schedule Downtime for devices or certain apps, so make sure your support agents are ready to respond.

Ozmo’s pre-release access to iOS 12 also gives your agents the chance to get familiar with new changes to Bluetooth and WiFi settings. Users can no longer turn off either Bluetooth or WiFi from the control center and must go into the Settings app to do so. Users can choose to disconnect Bluetooth until tomorrow from within the control center, but this doesn’t turn off Bluetooth connection. This simply prohibits the devices from making new Bluetooth connections, so the device will still hook up to familiar connections and will connect to Apple Watch, Apple Pencil, Personal Hotspot and Handoff. This could cause issues for users that turn off Bluetooth for privacy or security reasons or want to disconnect from familiar Bluetooth connections. WiFi settings are similar — users are now able to disconnect from nearby WiFi from the control center, but this does not turn off the WiFi connection. This can be helpful if users don’t want to be on the current or nearby networks, but it now takes an extra step to entirely turn off the setting. Both of these changes are sure to prompt questions, but your agents still have time to get ready to handle these issues.

With Siri Shortcuts, users can streamline everyday tasks. Users can now create personalized phrases within Settings to tell Siri to complete compound tasks like calling a contact or opening up a frequently-visited app. Siri makes suggestions for shortcuts within Siri & Search in general settings based on users’ habits. Siri also makes suggestions that integrate the Apple Workflow application. Proactively offering knowledge and support for Siri Shortcuts will allow your customers to learn an advanced skill and get the most out of their device.

In addition to changes in options and abilities in Settings, iOS 12 reveals a revamp of other apps and features. Apple has redesigned the look of Apple Books and Stocks for better user experience. Though there hasn’t been a lot of change in the functionality of these apps, navigation and language have changed, so your customers could have questions about how to find familiar screens that now look different or have a different name.

Apple’s new software release also offers more control over notification delivery and format that can be managed from the lockscreen. Users have the option to turn on grouped notifications at the app level and when dismissing a notification, users can choose to “Deliver quietly,” “Turn off” the notification or head into Settings. Quiet notifications will have no alert and will only appear in the notification center. More settings are also available in the notifications section within the Settings app. The Do Not Disturb setting has more options, like turning Do Not Disturb on until a user leaves a location or until a scheduled time. Do Not Disturb During Bedtime is an additional component created specifically to help users sleep uninterrupted. When activated, users won’t see notifications on their device screen until after their morning alarm, which includes a good morning greeting.

Formerly exclusive to iPhone X, the trackpad feature on the keyboard is now available for all iPhones. The trackpad feature is a function that allows the user to press and hold the spacebar in order to reveal a movable cursor so that users can navigate through text freely. With pre-release access to iOS 12, your agents can be the first to let customers know about a more convenient way to edit messages and documents.

Along with changes and upgrades to iPhones, iOS 12 also includes updates for the iPad, like support for iPhone X navigation gestures. The Stocks and Voice Memos applications are now available on the iPad and memos can sync straight from iPhone through iCloud so users don’t have to worry about back up.

Apple is rolling out a brand new app with iOS 12 that adds entirely new abilities that will certainly pose questions. Originally introduced in iOS 11, iPhones are able to create and interact with Augmented Reality. This ability works with the iPhone 6s and 6s Plus, iPhone 7 and 7 Plus, iPhone SE, iPhone 8 and 8 Plus and the iPhone X. Apple’s new Measure application allows users to use AR to measure objects in real time and works by superimposing rulers on the user’s screen. The application automatically detects and measures rectangles, and users can measure linearly or connect measurements of an object to measure volume. Users can even take a snapshot of their dimensions to save them for later. Your agents can see a preview of what the new application will look like before its public release using Ozmo’s platform.

Not likely to launch with the initial iOS 12 release, but anticipated shortly thereafter, the Shortcuts application enables users to teach Siri how to perform compound actions. Apple provides preset shortcuts and suggestions to choose from, but users are able to create their own shortcuts. Shortcuts are able to incorporate third-party apps, and if/then and conditional statements can be used. For example, users can command Siri to begin brewing their morning coffee when their alarm clock goes off. Once the new Shortcuts app is rolled out, support agents will receive access in the Ozmo platform to help your customers utilize all of Siri’s abilities.

Improvements to the familiar favorites

iOS 12 introduces changes to both Messages and Photos that create a better user experience when completing tasks and integrating apps. While these improvements offer a more streamlined experience, it’s important that your agents understand what’s different so that they can be ready to answer customer questions.

The changes made to Messages help users do more at one time from one screen. Shortcuts to audio and FaceTime calls and information about a contact can now be found by clicking on a contact’s name, and Message apps have been organized and can now be found in Messages’ app bar. The mini camera is gone, so taking a photo in messages now takes the user right into camera mode. Users can even edit and add effects to photos right in the app before sending. Dictation is now allowed with third-party keyboards and users can send AR objects. Messages is also able to autofill security codes sent from other apps if the confirmation was sent by text message. With early access to these features, your agents will become experts at answering your customers’ questions. When customers ask where their recent photos are within Messages, your agents will be confident in giving the right direction.

Photos now comes with a more intelligent search tool that has its own tab at the bottom of the app. This makes it easier to navigate by subject or location. When searching, Photos also creates automatic categorizations of users’ photos within a Categories section. “For you” is a new section that has replaced the Shared tab and incorporates Memories to highlight special events or people. The section suggests sharing photos with people that are in them, and Photos now suggests edits like different lighting or effects for photos users previously took. Have your agents prepared to navigate customers through the transition with Ozmo’s platform.

What it means for you

iOS 12 is bringing speed and ease to users like never before, and with pre-release access to the new operating system version in the Ozmo platform, your agents can learn how to bring those qualities to the support experience. There will no doubt be questions about the new operating system version, but your agents can be ready to navigate customers through the transition and be the trusted support system your customers need with Ozmo’s platform. Build confidence in your agents by giving them the resources they need to be successful in reliably and efficiently supporting your end customers. 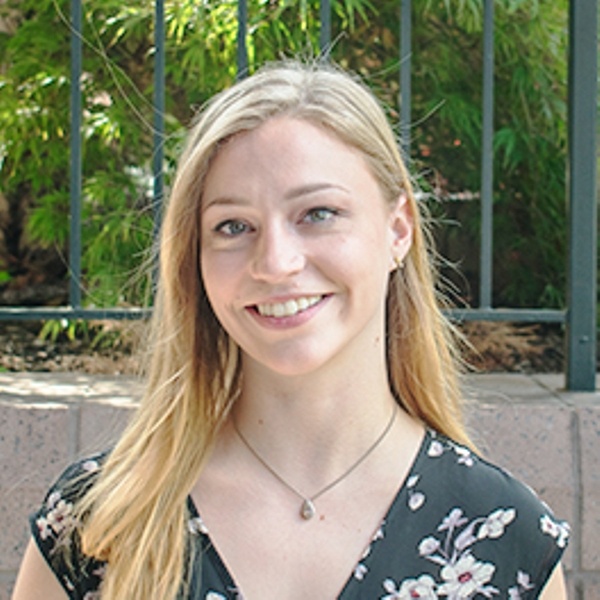 Natalie enjoys kayaking and taking scenic drives when she’s not brainstorming new ideas at Ozmo. She’s (almost!) a graduate of Virginia Tech and has an intense love for dogs.