Whether you're a Marketing Specialist, Human Resource Manager or Software Engineer at Ozmo, each Ozmonaut has a unique story of how they reached their current role at the company. Senior Software Engineer Tom Yancey sits down with Ozmo to talk about his role at the company and what he enjoys most about Ozmo. To learn more about one of our Ozmonauts in the Core Product department, his journey at Ozmo and more, continue reading below.

Q: How long have you worked at Ozmo and what were you doing when you first joined the company?

I started as a content developer making tutorials in Adobe flash pretty soon after that, we started scaling up pretty fast. I spent a lot of time working on getting things consistent. I also focused on training new team members, getting some ownership over a few things and eventually started getting into programming. I didn't do too much programming before Ozmo, so I learned how to do action script 3.0 on the job. Eventually we moved to HTML Javascript CSS. Later on, we got into React and other frameworks. Thankfully, I have learned a majority of my skills just from doing it on the job and working on projects on my own time.

Q: What makes Ozmo such a unique place to work?

You are able to share information freely, talk about different ideas you have to anyone in the organization, all the way up to the CEO. Everyone's here to solve problems and make everybody's life better, both for our customers and for ourselves. Everybody gets along and we're all working for the same goal in a laid back environment, that's why I like it so much.

Q: What is your favorite Ozmo memory?

We learned how to mod Nerf guns, and we super overcharged one and made it shoot Nerf darts four times faster than it was supposed to. When we learned how to do that, that was pretty cool.

Q: What are some of your proudest accomplishments while at Ozmo?

I am most proud of trying to make things easier for my coworkers, trying to help new coworkers learn new things and learn how to approach problems.

Q: What does a day at Ozmo look like for you?

On the core team, on a daily basis, we're doing your normal agile stuff. We always do stand-ups, and demos, and retros. On the core team, we are a Jack of all trades at the company. For example, we could be building out new product features, or we could be doing experiments on new features in our platform. We could be helping the content production team on supporting something they're doing, and another day we could be running analytics reports. We are always designing new stuff. We do a lot of infrastructure on the back end. There's a lot of stuff that we do, so everyday we could really be doing anything which is great for a software engineer.

Q: What does being an Ozmonaut mean to you?

Being an Ozmonaut to me means helping out your fellow Ozmonaut, being clear in your communication and knowing that you're all striving for the same goal. Everybody's just doing a job, but we all care about the work we do. We care about the people we work with. 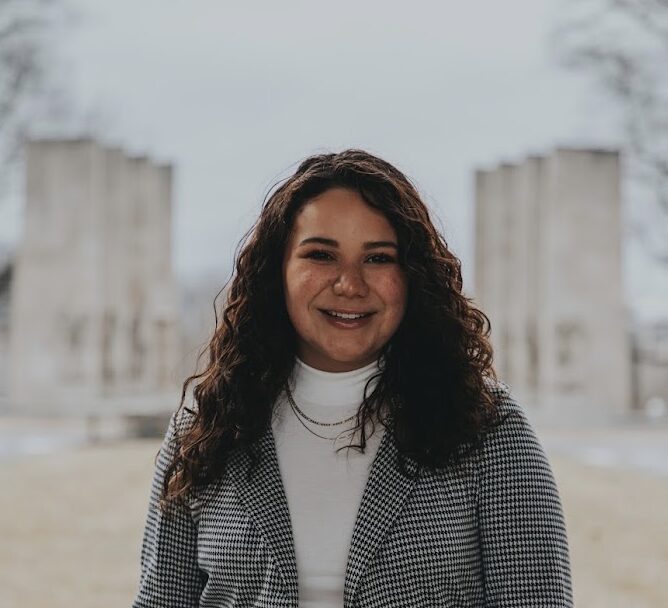 Gaby is an undergraduate junior at Virginia Tech studying Marketing Management. She is fascinated by the overlap between data and creativity brought on by marketing. During her free time, she thoroughly enjoys spending quality time with her friends and family, hiking, and reading.

What diversity, equity and inclusion (DEI) mean to Ozmo